You will have the possibility of a visit to a Distillery or to a Ghemme Artisan Cellar, in the heart of the Novarese Hills, an ancient area for the production of fine wines and grappa.

The Nebbiolo wine, native of the territory of Alto Piemonte, gives nectars of great finesse, recognized by enthusiasts as the most enduring in the world. The labels Ghemme DOCG, Gattinara DOCG and the Grappa di Nebbiolo are the great evidence! 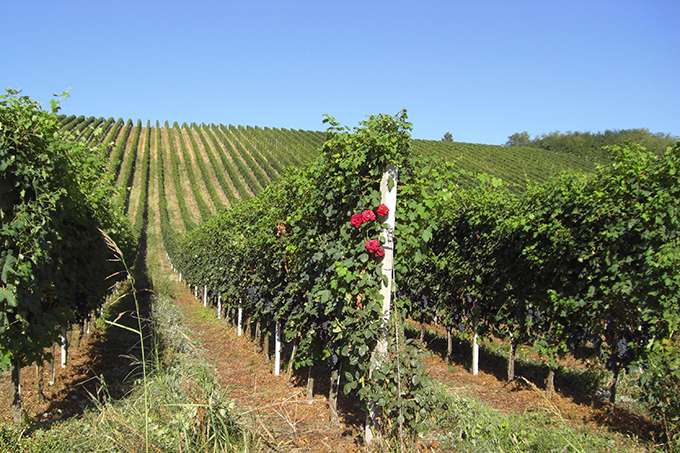 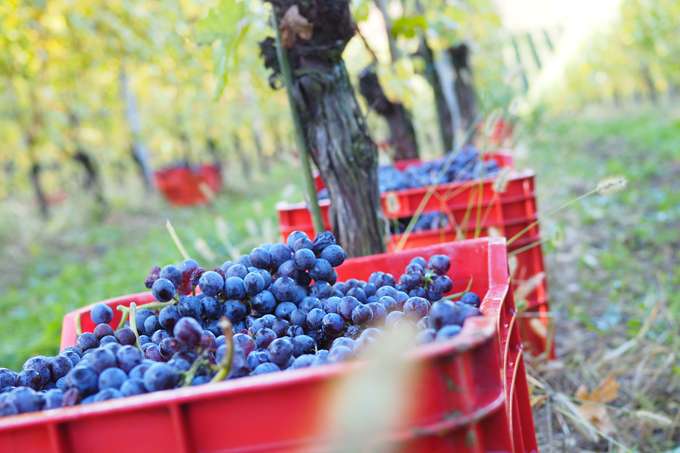 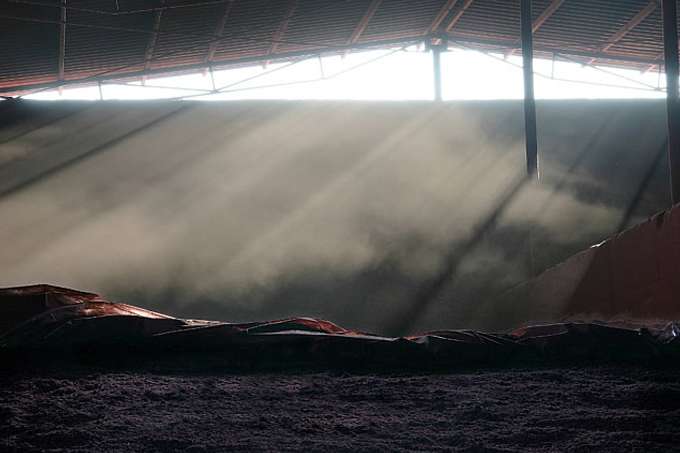 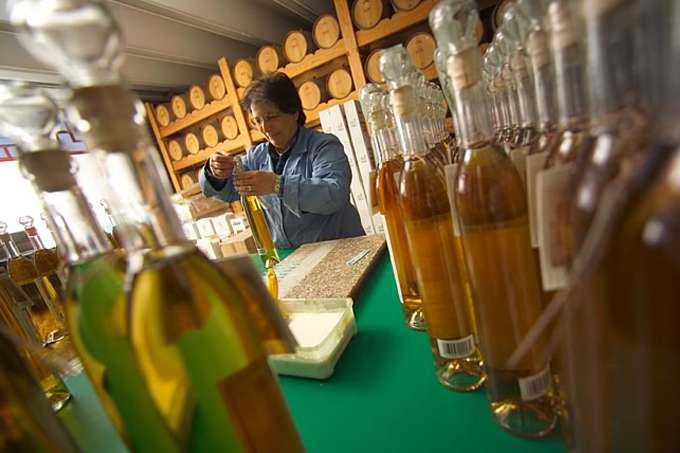 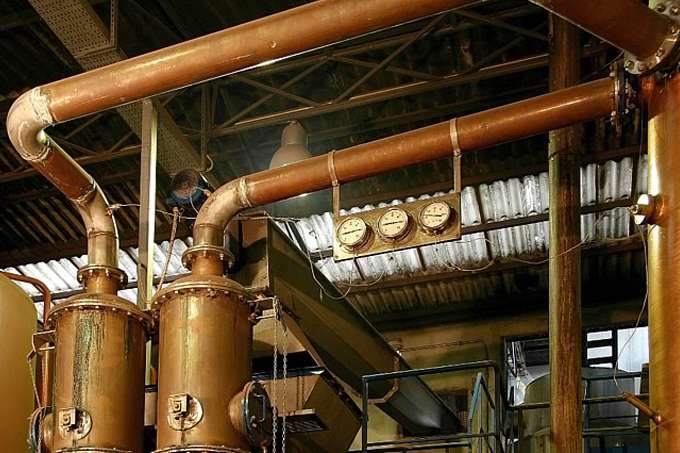 The Lago Maggiore Express offers an unforgettable train and boat trip. The excursion can be joined at various locations. Special one-day and two-day tickets are available.

The excursion takes you not only through Italy but also through the Ticino region in the southern part of Switzerland. For one hour and a half , the Centovalli and Valle Vigezzo railways take you through wild and romantic scenery, punctuated by vertiginous bridges, streams of the purest water, vineyards, chestnut woodlands and villages perched on steep slopes.

The three-hour boat trip across Lake Maggiore allows you to admire the Borromean islands, the castles of Cannero, the Brissago islands and fascinating shorelines dotted with picturesque towns and villages.

The excursion gives you the opportunity to visit not only quaint villages but also famous destinations like Stresa, Ascona and Locarno.

By booking in advance it is possible to have lunch on board.

HOW TO GET THERE
A26 toll motorway going in the direction of Gravellona Toce, then depending on where you started from, A-road no. 34 along Lake Maggiore, A-road no. 33 “Sempione” or road 337 of Valle Vigezzo

The mountain of Mottarone (1491 m), which with its gentle, grassy slopes divides Lake Maggiore from Lake Orta, offers one of the most breathtaking views of the lakes and the distant Alps.

The sight is unique: an uninterrupted 360° panorama from the Ligurian Apennines and the Maritime Alps to the Monte Rosa massif, the Monviso and the high peaks of Switzerland, across the Po Plain, and the unequalled spectacle of seven lakes (Orta, Maggiore, Mergozzo, Biandronno, Varese, Monate, Comabbio).

In 1911 the summit was connected to the centre of Stresa via a historic rack railway, which was later replaced by the present cableway, which starts from Carciano near Stresa.

Mottarone offers hiking enthusiasts a myriad of paths of historical and scenic interest, through mature woods of fir, pine, larch, beech and chestnut, across ancient mountain pastures where animals graze and the meadows are full of the scent of herbs and flowers. The mountain is also of geological interest, with several quarries, mostly of white and pink granite.
In winter it is a major ski centre for the Lake Maggiore area, with a variety of runs, excellent restaurant facilities and equipment hire.

HOW TO GET THERE
You can reach the top of Mottarone by the “Due Riviere” road from Armeno, or the private “Borromea” road (toll) from Stresa-Gignese. There is also a cableway service leaving from the Lido of Carciano near Stresa practically to the summit (intermediate stop at Alpino).

Whoever comes to Lake Orta is drawn irresistibly to its most beautiful village: the ancient burgh of Orta San Giulio, which faces the spectacular Island of San Giulio, a short distance away. The distinctive appearance of the burgh derives from the Renaissance and Baroque art which is a feature of its fine townhouses and beautiful gardens. Attractions include the magnificent mansions of Villa Perone and Villa Crespi, as well as the Palazzo della Comunità, which once hosted the “Consiglio della Riviera”.

The little Island of San Giulio is dominated by its Romanesque basilica, the bishop’s palace and the Benedictine abbey. You can reach it by a short crossing by boat or motor launch. Legend has it that the island, which lies not more than 400 metres from the lakefront of Orta, was once a bare rock inhabited by snakes and terrible monsters, until the day in 390 when San Giulio landed, crossing the lake on his cloak and guided in the storm by his staff. Here the Saint founded a church, which he later chose to be buried in, and transformed the island into a centre of evangelization of the whole area. After landing, you go up a short flight of steps leading to the atmospheric Romanesque Basilica, the island’s main attraction.

From the church you can walk along the narrow street that goes round the whole of the island: the “way of silence and meditation”, in an evocative blend of spirituality and architecture. Exploring the lanes you will come across the 19th century Bishop’s Palace, and the Mater Ecclesiae Benedictine Abbey, a convent of cloistered nuns who live permanently on the island, devoting their days to prayer, study, restoring valuable old church vestments, making communion wafers and the famous “pane di San Giulio” (St Julius’ bread).

The other buildings on the island, now private residences, were once priests’ lodgings; one of the oldest is Villa Tallone, where concerts of classical music are held every year. A pleasant restaurant with a terrace on the lake and a souvenir shop complete the facilities available to the visitor.

HOW TO GET THERE
By car: from the A26 exit at Borgomanero or Arona.
By train: the nearest station is Orta-Miasino.
You can reach San Giulio Island by public service boat.

Mergozzo is one of the prettiest lakeside villages in the Lake Maggiore area. Picturesquely situated on the shore of Lake Mergozzo, separated from Lake Maggiore due to the continual flooding of the River Toce, the village is a favourite holiday destination from the spring on.

The stone houses huddle close together, separated only by narrow lanes. The central square of the village is dominated by an ancient elm tree: historical documents attest that the tree was growing in the square as many as 400 years ago.  Now completely hollow, it has been given the title of a “monumental tree of Piedmont”.

Mergozzo was inhabited in antiquity, as is illustrated by the extensive collections in the Antiquarium museum, which displays finds from the prehistoric and Bronze ages, as well as old tools that were once used to extract and shape the granite from the quarry of Montorfano and the marble of Candoglia.

At Groppole there is an important megalithic complex with two cup marks and a serpentiform gutter. Slightly elliptical in shape, bordered by stone walls and covered by a great serizzo granite boulder, the structure is known as Ca’ d’la Norma and is dated to the Copper and Bronze Ages. The careful arrangement of the supporting boulders, the wide forecourt and the petroglyphs on the outer surface of the covering stone suggest a megalithic burial executed by a community which had reached a stage of considerable organisation.

A number of walks in the countryside start from Mergozzo, such as the “Sentiero Azzurro” (Blue Trail) to the hamlet of Montorfano along a track beside the lake. Mergozzo’s beaches are very popular with visitors and local people alike, and provide facilities like beach volleyball, a playground for children and a bar.

Don’t miss a taste of Fugascine, the delectable cakes baked only in Mergozzo and available in all the village bakeries.

By car: from the A26 motorway continue along the dual carriageway in the direction of Domodossola and exit at Mergozzo.
By train: the nearest railway stations are Verbania-Pallanza and Mergozzo.

The Hermitage of Santa Caterina del Sasso, perched on its “balcony” overlooking the Borromeo Gulf, is one of the most intriguing historical sites on Lake Maggiore. You reach it from the lake by climbing a flight of 80 steps, or you can descend the 240 steps from the car park above.

Picturesquely located on a sheer cliff above the water, the Hermitage was founded in the 12th century by the merchant Alberto Besozzi of Arolo (Leggiuno), who on being shipwrecked took refuge in a cave and vowed devotion to St Catherine. In 1195 he built a tiny, isolated church in recognition of his deliverance. The present buildings date from the late 13th – early 14th centuries.

In the 13th century the Hermitage was home to a community of Augustinian monks, followed in 1379 by the Ambrosian Hermits and in 1649 by the Carmelites. Today the monastery is run by a community of Oblate Benedictines.

The Hermitage comprises three buildings datable to the late 13th-early 14th centuries: the southern convent, the small convent, and the church.

The southern convent was built in the 15th century and later altered, in 1624, by Father Giulio Martignoni, after the old wooden structure collapsed into the lake.  Access is through a round-arched portico with granite columns.

The small convent, located opposite the winepress courtyard, is built on 13th century walls and embellished by a pointed-arch portico. The refectory is on the ground floor, the monks’ cells on the first floor; above the windows of the cells there are traces of the 16th century fresco depicting the “Martyrdom of St Catherine of Alexandria”.

The inner courtyard of the complex opens onto the church, whose portico is formed of four rounded arches in Renaissance style. The bell tower with its sheer drop to the lake was built in the 14th century; it has an open belfry with double lancet windows, made of Angera stone.

Lake Maggiore is renowned in Italy and abroad for the numerous beach areas  situated all along the shores of the lake.

The Cannobio and Cannero Riviera’s beaches received in 2010 the award “Blue Flag” for strict water quality and safety standards.

More beautiful beaches along the Lake Maggiore are situated in Ghiffa,  Oggebbio and Verbania: some of them are known as Località Sasso, Località Isolino, Lido di Suna and Isolino Vecchio di Fondotoce.

Also Lake Mergozzo offers small and nice beaches, while on the Lombard shore the splendid Tronzano beach in Maccagno and the Zenna beach in Pino are the right place for swimming and sunbathing.

The rock engravings of Vignone

Villa Giulia and its Garden